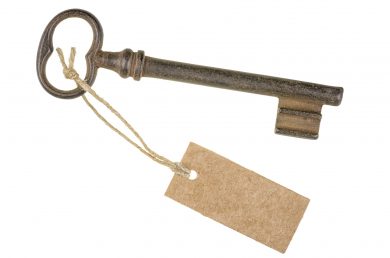 Last time I posted on the blog, it was about Prophetic Acts – what they were, how we as a family had undertaken various prophetic acts, some Biblical examples and a brief guide to how to do a prophetic act. This week, I wanted to list a few ideas to help get people started in undertaking prophetic acts.

Just to recap – a prophetic act is something done (at God’s directions) in the natural (physical) realm that supports God’s workings in the spiritual realm, to bring forth results that would be manifested in the natural realm. It somehow opens the channel for God’s presence, power and victory to be released to have an effect in the physical realm and change outcomes.

Thus, basically it is a physical action that God gives you to do that becomes a sign and decree to forge breakthrough in the spiritual realm.

Remember, when you obey God, anything may, and can, happen. Ezekiel (as found in Ezekiel chapter 4) was asked by God to perform a prophetic act on behalf of the Israelites. He had to lie on his left side for 390 days and then lie on his right side for 40 days, tied with ropes so he couldn’t turn or move from his position. He was only to eat a set amount of certain foods, cooked on his excrement. He was aghast and asked God to change it so the Lord said he could use cow manure instead of his own excrement.

I believe that God can use us mightily when we obey Him.

Some examples of prophetic acts that our family has carried out include:

Remember: Ask God what the issue is and whether or not He wants you to do a prophetic act to facilitate change. If so, what prophetic act does He bring to mind. As always, whenever you feel prompted by the Holy Spirit, act on it.

1. Children / Families Activation: Gather some stickers, glitter, bubbles, confetti etc and a large world map that you can get messy eg shower curtain with a world map on it or a hand drawn world map on butchers paper etc. Ask God to show you all individually which nations he wants to bless at the moment and bring peace, joy, safety to etc. As you release glitter/bubbles etc over this nation, even play a joyful song and dance and sing together as a family.

2. Group Activation: Ask God to show you a specific street or building in your neighbourhood which really needs the power and love of God to infiltrate. Ask God for a prophetic act that you could do as a group or individually for that street/building.

4. Intermediate Activation: When someone asks you to pray for them this week, ask God if there is a prophetic act that you/they can do so as to help bring breakthrough and to usher in the answer to the prayer. Explain what you are doing and ask the person if they would like to participate in undertaking this prophetic act.

5. Advanced Activation: Since I believe that this is such a huge issue affecting Australia at the moment and it has the potential to restrict freedom in such a huge way and change values within Australia that the nation is based upon, I am repeating this suggestion. (If you live overseas and would rather do a prophetic act for a significant issue affecting your nation, then please feel free to do so. Otherwise we welcome your joining us in standing against the erosion of christian principles in our nation.) Australia is facing a postal vote within the next month. This could change the constitution so as to allow same sex marriage. Please ask God to show you His heart for the nation and this issue and for a prophetic act that you can do to maintain and uphold God’s law within Australia.