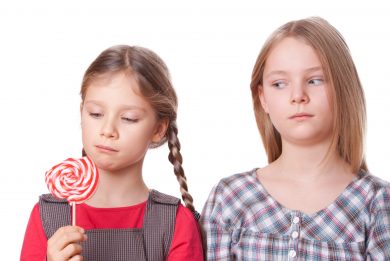 Chatting with a close friend last night, I had a sudden ah-ha moment. I suddenly realised that one of the biggest reasons that people don’t like a prophetic word they have received, and also then don’t go on to steward that prophetic word well, is that they compare their prophetic word to what another person has received. They believe that the other person’s prophetic word is better than theirs and they want that one.

Have you ever compared your prophetic word to someone else’s?

One of the dangers of someone giving prophetic words in public to people is that it sets us for comparison. Everyone can hear what everyone receives.

You hear a great word for someone else and you go “I desperately wish that was for me. I want to be that person. I long for that outcome in my life.”

You hear the word for you and you are so busy wanting something else that you don’t see the gold in the prophetic word for you.

In 1 Corinthians 7, Paul is talking to people about their marriages and what to do if a non Christian spouse leaves etc. He then says in verse 17 “And don’t be wishing you were someplace else or with someone else. Where you are right now is God’s place for you. Live and obey and love and believe right there. God, not your marital status, defines your life.”

Don’t look around at what prophetic word others are receiving. Focus on yourself and God.

The definition of envy is the feeling of discontentment or resentment of another person’s position, possessions, qualities or luck.

Comparison is the beginning of envy. Envy causes strife. Stay away from comparison!!

When we are tempted to compare our prophetic word with someone else’s, or we finding ourselves feeling envious of their prophetic word, the following are some steps to take.

Our role as children of God is:

1. Children / Families Activation: Have paper, crayons, and stickers of all sorts of clothes set up on a table. You may also like to have a whole heap of dress up clothes as well that children can select from. Pair children up and ask then to ask God how He sees their partner dressed ie what God sees them dressed as. Then ask the children to either draw that on the paper or select stickers to stick on the paper that represent what they felt/saw/heard or to choose from the dress up clothes. Ask the children to share with each other how God sees them dressed.

3. Beginner Activation: Choose a chapter of the Bible to read. Highlight for yourself any promises or ‘gold’ that you get out of that chapter. Then spend time with God writing a prophetic word for a friend from that chapter.

5. Advanced Activation: Awakening Australia is occurring in Melbourne this next week. Spend time with God crafting a prophetic word for the city of Melbourne. Write it out. Then declare it out over Melbourne. 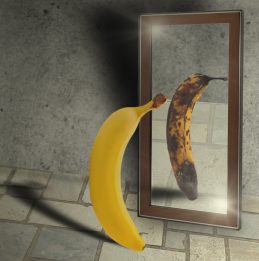 It really depends on why we think it is a bad prophetic word.

Prophecy can come from 3 sources:

Thus, not all prophesy comes from God. Most times you will find it does, but sometimes the person giving the prophetic word can prophesy out of their own spirit.

What is our responsibility when receiving a prophetic word?

If we look to the Bible, we find that it encourages us to ‘test’ all Prophetic Words:

If you get a bad word, don’t come into agreement with it publicly or privately. Break every word that is not coming from the heart of God and speak what you know to be His will over yourself.

These Scriptures warn us to test every prophetic word. Don’t gullibly take it all to heart.

I can remember a friend being prophesied over by a world class prophet. This prophet stated publicly that she would have a certain number of children and the first would be a boy. When this friend finally became pregnant, we bought her a blue item to congratulate her. I was 100% certain that she was having a boy as this prophet was meant to be so accurate. My friend delivered a girl. This really challenged my thinking at the time.

What to focus on:

What do you do with a prophetic word that doesn’t make sense?

There are choices to make when a prophetic word doesn’t make sense.

A word of caution – please don’t be too rash with discarding the prophetic word. Keep doing what you are doing for that season. When and if the word is for you, God will bring it back to remembrance, confirm it in His Word, the Bible, or bring another person to prophesy a similar word to confirm it to you.

What do you say when you receive a ‘bad’ prophetic word?

Whenever you receive a prophetic word, especially if you have any doubts about it, some good questions to ask are:

If the language was off putting or the prophetic word was negative, please give feedback immediately to the person as this will help them grow in the prophetic. Please do this in a loving manner. Please also encourage them with what part of the prophetic word you felt really resonated with you and was the most impacting.

In the prophetic group I was part of, we would often practice and get feedback from each other in relation to not only what we said but also how we said it.

This is a fantastic reason that the church our family is a part of (Stairway Church) has strong prophetic guidelines in place when people give prophetic words to someone. These guidelines are to help safeguard people and reduce the risk of ‘bad’ prophesying or hurtful words being said.

Part of those guidelines include:

Basically, every Christian is hopefully wanting to grow in their relationship with Jesus and in hearing from God for themselves and others. How we do this is so important.

1. Children / Families Activation: Give out paper and ask each person to draw a tree. Label each branch with a family member’s name or a person close to them. Have pre-cut out ‘leaves’ from green paper. Ask each person to write at least one encouraging word on a leaf for each person they have labelled on a branch. Ask them to pause for a moment and ask God to tell, give or show them that word. Glue the leaf on to the appropriate branch. Repeat for each person/branch drawn.

2. Group Activation: Break into small groups. Brainstorm negative things that could be said when prophesying or negative situations or character traits you may receive a word of knowledge about. Chat about how you would respond. Share back in the large group. Then practice with each other.

3. Beginner Activation: Look through your own prophetic words (ie words given to you) and ask God to highlight to you any misconceptions. Ask God how you are to respond. Then write a prophetic word for the person who prophesied the misconception over you.

4. Intermediate Activation: Ask God to show you a teenager who is sitting exams at the moment. Write a prophetic word for this teenager and pass it on to them as soon as possible.

5. Advanced Activation:  Ask God to highlight to you someone who has made an unwise decision lately. Prophesy over them.