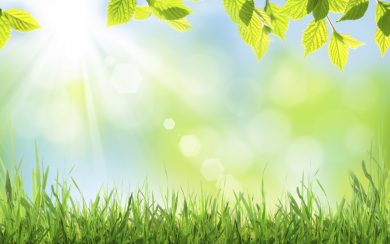 One of the greatest gifts we can give someone is the gift of listening to them and valuing who they are. We have just returned home from ‘blessing’ a house. The occupier of the house is a man with mental illness. He has recently shifted in after being released from a psychiatric ward. He asked his mental health worker if ‘those kind people who blessed my house last year could come and do it again as I won’t feel safe until they come’.

I blogged about this last year, specifically about the fact that when I prayed for him and called his spirit to attention and blessed his spirit he immediately experienced peace and felt he could enter his house which he had refused to enter beforehand & we hadn’t even entered his house then or ‘blessed’ it.

Today, I learnt so much. As did my husband. On the way home, hubby stated that he had felt at a loss as to what to say when we first arrived but he said he learnt so much from the way I talked to this guy. I asked hubby what I had said that had impacted him. Hubby stated that I didn’t say anything but just listened, really listened to the guy’s heart. We met the guy outside his door, on the second floor of an old dilapidated apartment block. He talked for at least 5 minutes about when he was spiritually martyred four years ago and what that felt like and how 2 weeks ago he was speared in his side like Jesus and how just now our phone call had resurrected him. To me, his theology sounded a bit off, along with his mental status. Hubby was at a loss as to what to say. I stood, looked the guy in his eyes and listened. Really listened. I didn’t interject. I didn’t argue. I didn’t think about what I should be saying. I just looked at him and actively listened to what he was saying and his heart. I wasn’t in a hurry. I wanted to honour this man and show him respect and really listen.

After the first 5 minutes, the neighbour came along. Our guy stopped the neighbour and told him that we were there to bless his house. He apologised as he didn’t have any money to pay us. We didn’t want any money and told him that we were doing this out of love for Jesus and wanting to show Jesus’ love to him. The neighbour then shared his story about how he was a Christian, had been taken advantage of recently, how the apartment block was full of ‘ice’ victims, how his 30 year old son had died last year and how that son had once upon a time believed in Jesus.

These men just needed someone to listen to them. I then asked if I could pray for them both before we went into the first man’s house. I also asked if I could anoint them both with oil. They both said yes and had tears in their eyes as I did this. I called their spirits forth and blessed them with identity, significance, peace, hope, joy, purpose etc. This act completely ‘undid’ them and really touched them. These gown men cried as I prayed for them. They both seemed really at peace as I finished praying for them. We then went into the house and blessed it etc as we had been asked to do but the blessing of these men was what really impacted them.

I am finding that people appreciate being anointed with oil, not just for healing but for spiritual significance. I carry a little bottle of oil in my handbag specifically for that purpose. Can I also add that last Saturday at our church’s Healing Rooms, I anointed people with oil for healing as they came to our group for prayer. On Saturday, each person reacted visibly to the anointing of oil. Two people commented that they received an electric shock when I did it and that it was a far better experience than any reiki they had had. Something to think about when you pray for people!!

1. Children / Families Activation: Gather a bunch of different ribbon offcuts, enough for each person to pick up several different pieces. Sit in a group and ask God to show each member which ribbon He would like to give to each person and why. Focus on one person at a time to be the receiver with the other group members giving the receiver a ribbon each and explaining why that particular piece of ribbon.

2. Group Activation: Use a creative way of getting people into pairs. Have enough sheets of craft paper/paper with pictures on it/photos from calendars etc for everyone in the group, preferably a few pieces of paper more and place these on the floor around the room. Get people to walk around and look at the pieces of paper and ask God to highlight to them a picture/design for their partner. Get them to each pick up the piece of paper that stood out to them and ask God why that particular piece of paper for their partner. People then stand together with their partner and give them the piece of paper and share why they feel God highlighted that sheet/picture for them.

3. Beginner Activation: Listen to some music and reflect on the goodness of God. Ask God to show, tell or give you a picture of a treasure that He would like to give to you. Ask God some further questions about that treasure and why He wants to give that to you. Thank Him for that treasure.

4. Intermediate Activation: If you don’t already have a little bottle of oil that you carry with you, prepare one for yourself. Then ask God to highlight to you this week someone whom you could ask to pray for and anoint with oil.

5. Advanced Activation: Locate an office within your country that supports christian martyrs or christians in foreign countries who have been falsely imprisoned. Ask for an address to send an encouraging prophetic postcard to a christian falsely imprisoned overseas who needs encouragement. Ask God to highlight to you what needs to be written/drawn on your postcard. Please be aware that there are usually important guidelines to follow especially with identification of both sender and receiver.